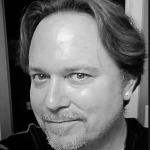 The past year brought a blizzard of political excitement, from a slate of competitive elections to a drumbeat of intrigue that kept your loyal Insider scribes perpetually busy. And 2015 is poised to be equally interesting.

So before you put away the Christmas lights and stow the menorahs back in the closet, take a gander at the six biggest political questions your Insiders will be tracking in 2015.

1. How will Georgia’s big gang of newcomers adjust to Congress? Senator-elect David Perdue arrives as a political blank slate, a businessman-turned-candidate who catapulted himself to victory by hammering home his “outsider” credentials. Come January he’ll officially be on the inside – in the most exclusive club in the nation – and the allies he picks and votes will determine his

political future. Will he be the “team player” he once promised incoming Majority Leader Mitch McConnell he would be? Or will he forge his own maverick path? Big questions loom on the House side, too, with Rep. Tom Price’s star rising in the House GOP caucus and four newcomers who could be looking to make a name for themselves.

2. How do Democrats plan to bounce back? The ballyhooed demographic changes that Democrats hoped would reshape the electorate put little more than a dent in the GOP’s supremacy here, with Republicans sweeping every statewide office and knocking off the last white House Democrat in the Deep South. Internal fissures that were papered over during the campaigns erupted into the open after the losses. A fight over the state party’s leadership looms, and high-profile figures including Atlanta Mayor Kasim Reed and House Minority Leader Stacey Abrams will try to set the course. This year’s top-ticket candidates, Jason Carter and Michelle Nunn, aren’t going anywhere either, though both are likely to take it easy for a bit (we expect Carter, for one, to return to his law practice). The upcoming legislative session could offer Democrats the chance to shape major policy debates – but only if they can overcome internal squabbling.

3. Will Sen. Johnny Isakson get a credible challenger? Isakson announced his 2016 re-election bid early with Georgia’s GOP establishment – literally – standing behind him, an attempt to ward off any thoughts of a primary challenge. But that doesn’t mean it will work. Tea party leaders

have vowed to recruit a candidate, deeming Isakson too moderate for their taste. And one of the movement’s favorites, outgoing Rep. Paul Broun, has hinted that his political career isn’t over. Democrats, too, are sure to muster a contender. But with 2014’s across-the-board wipeout, the party is struggling to recruit a top-tier candidate. Will the party tap a battle-tested veteran near the end of his or her career, or a young upstart with a long future ahead?

4. Can Georgia Republicans get on the same page? Democrats aren’t the only ones struggling with internal fault lines. The GOP is locked in a perpetual tug-of-war between the establishment bloc and the arch-conservative bloc, with moderates in the caucus in deep decline. Establishment candidates allied with the state’s powerful corporate infrastructure won big victories across the state, and tea party forces were trounced in challenges to Gov. Nathan Deal, House Speaker David Ralston and the race to succeed Sen. Saxby Chambliss. But there remains a solid core of ardent conservatives in the Legislature – and, almost as importantly, a grassroots network ready to muster primary challenges against those not deemed sufficiently Republican. The coming year is poised to test the GOP’s unity like never before. There’s a growing consensus among Republican leaders that a hefty hike in transportation revenue is needed, a move that could force some GOP office-holders to defy promises not to raise taxes. In a sign of the battles to come, business leaders have launched a pre-emptive strike against the “religious liberty” proposals embraced by the party’s more libertarian-minded devotees. And there are whispers that a new fight over healthcare could be in the making, as Democrats could try to dangle even a modest Medicaid expansion along with mass transit funding as a bargaining chip for their help with other initiatives.

5. What role will Georgia play in the presidential race? The fall’s election may have proved Georgia is not yet a purple state, but Democratic strategists believe the influx of newcomers and the

growing clout of minority residents could put the state in play later this decade. Hillary Clinton’s forces have their sights set on Georgia, though some demoralized Democrats believe that’s a pipe dream. Meanwhile, the wide-open Republican field will get winnowed down next year. Will Secretary of State Brian Kemp’s plan for an SEC primary could put Georgia in a pivotal role, or will the Southern bloc be an afterthought? Just remember: The Iowa caucuses are only a year away.

6. How will Georgia’s leaders react to the unforeseen? The first year in a governor’s second term is seen as the most opportune time to hammer out the most sweeping policy changes, and from an education funding overhaul to a debate over a new transportation tax, lawmakers will have a lot on their plate. But an unforeseen crisis or an upstart movement can shake up the political landscape in a hurry. A crystal ball at this time last year would never have seen the embarrassing Snowjam or

the state’s response to Ebola become the major political stories they were this year. We can’t tell you what those crises will be, of course. But we can assure you that whatever happens next year, you can turn to us for comprehensive coverage and analysis.

Our thanks again for your readership, your comments and your tips this past year. We hope you enjoy the rest of the holiday season – and get ready for a busy new year.