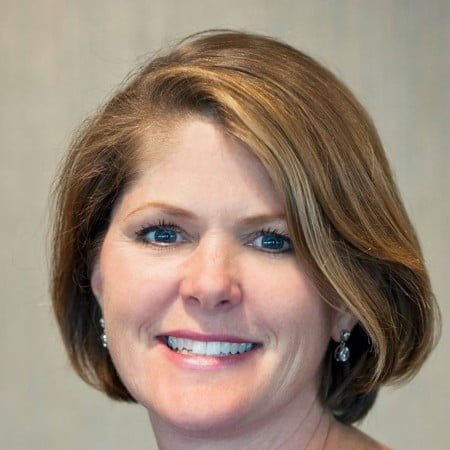 Benedek Synopsis: This is a rather complicated legal saga so I will attempt to bring anyone up to speed that hasn’t been following this case: When a popular UGA professor named Dr. Dezso Benedek had the nerve to criticize former UGA President Michael Adams for personal use of state resources–as documented in an audit by the accounting firm of Deloitte & Touche–Adams retaliated against Benedek.

Adams enlisted the Attorney General of Georgia to bring a tenure revocation action against Benedek that would cause him to lose his job and his pension from 30 years’ work at UGA, and totally destroy Benedek’s career.

The main tenure revocation charge against Benedek was that Benedek committed academic fraud by falsifying transfer credit transcripts for his study abroad program in Hungary for UGA students attending the immensely popular program. Adams and the Attorney General knew this charge was false because they contacted the Hungarian university hosting the program directly. Eotvos Lorand University of Budapest (ELTE), the oldest and most prestigious university in Hungary, confirmed the authenticity of its own transcripts.

Benedek was represented by Athens attorney Stephen Humphreys who proved, during a three-day evidentiary hearing, that Adams and the Attorney General had the verification from ELTE and other documents disproving the charges in their possession all along, but had attempted to conceal them and bring the charges anyway. They tried to manufacture fake evidence, in place of the records they tried to conceal, by impersonating UGA students in mail and email concerning the study abroad program transcripts.

After all, the program was all the way over there in Hungary. Who would know the difference? Unfortunately for Adams and the Attorney General, Humphreys proved the difference at the hearing and the attempted tenure revocation failed miserably.

But when Humphreys complained to the Board of Regents and presented them with the documentation–of criminal evidence tampering, identity fraud, mail fraud, computer fraud, falsification of state agency reports, improperly influencing witnesses, obstruction of justice, perjury, and subornation of perjury—the Regents, by the admission of their own former counsel, dismissed Benedek’s complaint without ever considering any of this evidence.

Consequently, Benedek sued Adams and the Board of Regents in Fulton State Court, in a case presided over by Judge Susan Edlein. Judge Edlein barred Benedek for almost three years from bringing claims against the Attorney General, until Humphreys discovered that she had significant personal, political, and financial ties to Attorney General Sam Olens, who was also defending Adams and the Board of Regents.

Judge Susan Edlein has been involved in a number of other questionable rulings in the case, and here is the latest update.

When Fulton State Court Judge Susan Edlein began repeating rulings for which she had already been reversed by the Georgia Court of Appeals to block Professor Dezso Benedek from filing claims against Georgia Attorney General Sam Olens,  Benedek filed a mandamus petition in Fulton Superior Court to require the judge to follow the ministerial requirements of the governing statutes, as well as the Court of Appeals order.

Upon discovering that Edlein had substantial personal, political, and economic ties to Olens, Benedek also filed a motion to recuse her from the case, along with the required supporting affidavit. In a move that has never been explained, Edlein denied the motion to recuse in an opinion stating that Benedek did not file the affidavit. Since the public record clearly shows that the affidavit was filed, this order joined a series of legally-inexplicable actions by Judge Edlein to bar claims and evidence against Olens–such as entering ex parte orders quashing depositions and orders denying Benedek’s unequivocal right under Georgia law to amend his complaint.

From there the case alleging conflicts of interest and obstruction by Edlein on behalf of Olens was transferred within that judicial circuit to the Superior Court in Griffin, Georgia–where it was assigned to Senior Cobb County Judge Grant Brantley, sitting by designation.

A May 23, 2016 hearing was occasioned by Edlein’s refusal to answer written discovery requests that were timely served on her under the rules, along with Edlein’s attempt to quash the depositions of third-party witnesses to her misrepresentations to the Fulton County Superior Court–allegedly made for the purposes of denying her unlawful attempts, which she repeated even after being reversed by the Court of Appeals, to bar claims and discovery related to wrongdoing in the Attorney General’s office–in defense of her close political ally and financial benefactor, Sam Olens.

At that hearing on the discovery motions, Senior Cobb County Judge Grant Brantley purported to rule orally from the bench to dismiss Benedek’s entire case, over the objections of Benedek’s counsel that Benedek’s amended claims had never even been briefed by the parties, and that Edlein had harassed Benedek by bringing frivolous claims that were barred by statute. The judge nonetheless directed the Fulton County attorney defending Edlein to draft a dismissal order stating that Edlein did not, after all, assert any claims against Benedek.

Later the same afternoon, Brantley rescinded that oral order by email, stating he was unaware of Benedek’s amended claims that had not been briefed. (Ironically, this is the very same action for which Judge Edlein was reversed by the Court of Appeals, dismissing the action to bar amendments against Olens).

Accordingly, Benedek voluntarily dismissed all his claims pending in the State Courts of Georgia, which were consolidated in single action and re-filed in federal court.  That included the RICO claims of perjury, mail, wire fraud, identity fraud, and computer fraud against former UGA President Michael Adams and other UGA officials for impersonating UGA students to manufacture false evidence against Benedek in a failed attempt to revoke the professor’s tenure.

It also included the same claims against the Attorney General that Judge Edlein attempted to unlawfully bar from the original litigation–for knowing misrepresentations by a state official concerning agency business, evidence tampering for attempting to conceal UGA records contradicting the charges in the failed tenure revocation, subornation of perjury for calling witnesses to testify to the false manufactured evidence, improperly influencing witnesses by assuring them they would be protected by sovereign immunity for their false testimony, and obstruction for knowing misrepresentations made by Attorney General Sam Olens himself to block an independent investigation.(These are all claims for which the Attorney General could bring a criminal prosecution, but is instead defending himself, along with his alleged co-conspirators in Benedek’s civil suit, claiming sovereign immunity for the criminal violations).

The claims against Edlein for allegedly using her position to thwart these claims against her close ally, Olens, and then falsely denying her actions to the Fulton Superior Court, also were folded into the same litigation.

A similar case brought by former Georgia Perimeter College President Anthony Tricoli–in which the Georgia courts have so far held that state officials are immune from civil suit for falsifying state college financial reports in order to conceal the theft of taxpayer funds from the school, as part of their “financial oversight activities”–is currently awaiting action by the Georgia Supreme Court.

The mandamus action against Edlein was amended to add claims of bad faith, knowing misrepresentations in aid of Attorney General Sam Olens’ obstruction of an independent investigation of wrongdoing in his own office, and violation of Benedek’s constitutional right to have his case heard by a fair judge in an impartial forum.  When Judge Edlein tried to block all discovery in the action, judge Kimberly Esmond Adams of Fulton Superior Court recused herself from the case and ordered it transferred to DeKalb Superior Court.

Then Fulton Superior Chief Judge Gail Tusan entered an order transferring the case to the administrative judge of the Sixth Judicial Circuit in Jonesboro for reassignment. The case was then transferred to Spalding county Superior Court in Griffin, where it was assigned to Cobb County Judge Grant Brantley, sitting by designation.

During all these transfers, discovery of Judge Edlein–that had already commenced–was suspended till a hearing could be held on the objections she filed after Benedek subpoenaed witnesses to Edlein’s misrepresentations in her answer to the mandamus petition.

In the discovery hearing, Judge Grant Brantley, the Cobb County judge sitting by designation to hear the case, attempted to rule from the bench to dismiss the entire case over the objections of Benedek’s counsel that the parties had not even filed briefs on the legal issues before the court. Later the same day, Judge Brantley, recognizing the due process violation of dismissing claims that had never been briefed, rescinded his oral order by email.

Before the court opened the next morning, Benedek filed a voluntary dismissal to take the case out of the state courts and re-file it in federal court.  The case against Edlein was combined with Benedek’s case against Michael Adams and the Board of Regents that Edlein was presiding over when she made several unlawful attempts to block claims from being brought against her friend and ally, Sam Olens.

The combined cases incorporating all the claims against all defendants were re-filed in federal court on June 2, 2016. Defendants have not yet answered the combined complaint, which adds all the parties Edlein attempted to block from being added to the original state court lawsuit. The re-filed case has been assigned to US District Judge Eleanor Ross.