Has Renee Unterman turned over a new leaf with Medicaid expansion? 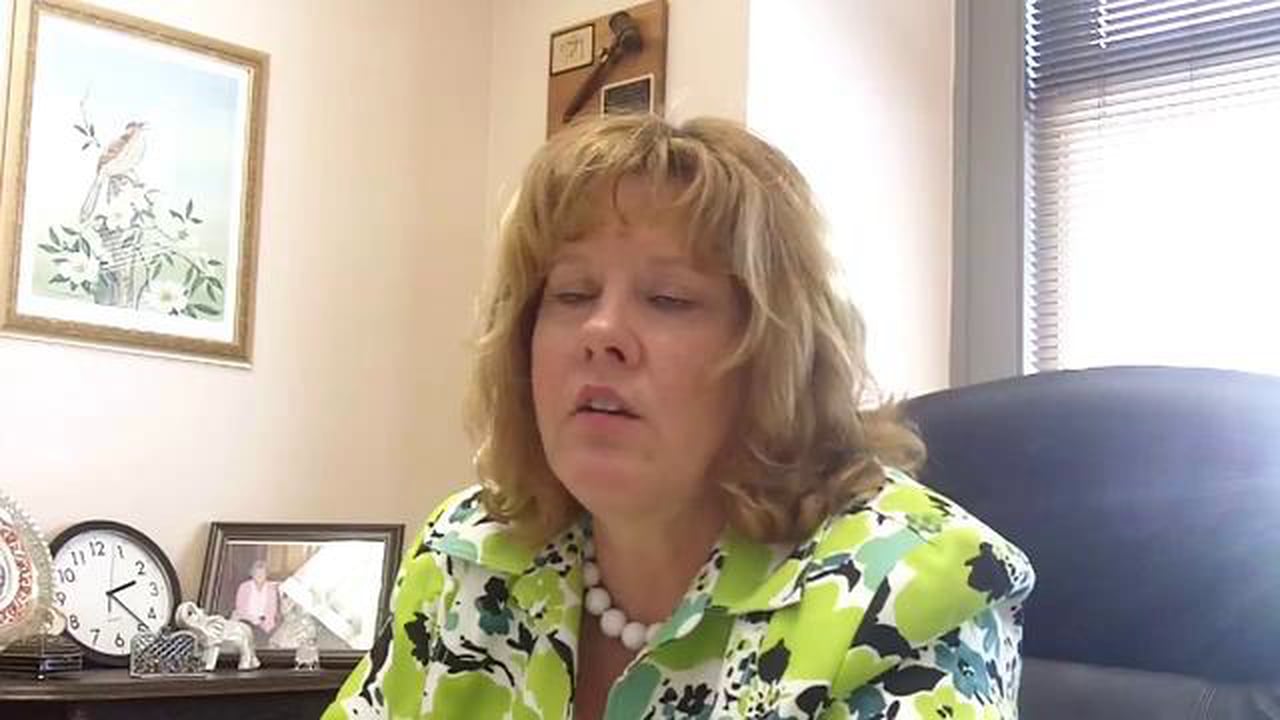 Ever heard of a Georgia State senator named Renee Unterman? Well, she became a national laughing stock after the brilliant comedian Samantha Bee lambasted her on her show Full Frontal.  As a side note, what were the Daily Show thinking when they hired Trevor Noah instead of Samatha Bee to replace Jon Stewart? 👿

I have known about Unterman for a while due to her opposition to medical cannabis  which may have something to do with contributions from big pharmacy lobbyists who opposed it. Either that or she is just a heartless moron; or probably just a combination of the two.

Renee Unterman made sure that people like Katie Crosby who suffer from Fibromyalgia were not included in the medical marijuana bill that eventually passed after she neutered it to the point that it is practically worthless. Although this is just a theory and I have no proof, I firmly believe Renee Unterman made sure Fibromyalgia wasn’t included in the list of approved conditions as retaliation against Katie Crosby who was one of her most vocal critics.

In a letter to her supporters Katie Crosby wrote after Unterman lobbied to remove Fibromyalgia, HIV and several other medical conditions as approved conditions:

Today, HHS Senate Committee cut fibromyalgia from ‪#‎HB1‬. Sen. Renee Unterman told advocates that she did not want Fibromyalgia in the bill. Unterman told one particular advocate with Fibromyalgia that it is not a “real condition.” Ultimately, her desire for us to be cut from HB1 was successful, despite thousands of emails and phone calls to the Senators stating support for HB1, and particularly Fibromyalgia as a qualifying diagnosis. This has been one of the worst days of my life, as this directly affects my health and life in deep ways, and I know it affects thousands of you.

So long before Samantha Bee lampooned Renee Unterman, I was acutely aware of just how repugnant and  vile a human we had in the Senate. This is the same lady who callously denied the only medicine available proven to help people who live in excruciating and unceasing pain. Any Fibromyalgia sufferer who took their own life because they couldn’t stand one more day or pain,  or overdosed on pain medication to attempt to gain some relief is on your hands Renee Unterman and your GOP allies who blindly followed you.

Fortunately at the latest GOP convention recently held it appears some Republicans are finally coming to their senses. The Georgia Republican convention endorsed a resolution to support in-state production and sale of cannabis oil. Here’s a copy of the medical marijuana resolution that is much more sensible. But keep in mind that Governor Deal will still likely veto any in-state growing thanks to his connections to Surterra Holdings which aims to be the first and main distributor of any cannabis sold in the state to produce CBD oil. Governor Deal claims he is waiting for the Feds to reschedule cannabis which makes no sense for a guy always preaching about state rights. Here is an interesting list of email exchanges between Allen Peake (R) Macon and the Governor’s office over in-state growing. Allen Peake has been the leading Republican legislator pushing for in-state cultivation. Democrats were already on board  so Peake has been fighting members of his own party and the Governor.

Here are the clips below in case you missed them of Samantha Bee speaking about Renee Unterman. In this video Samantha Bee mocks Renee Unterman over her refusal to support testing rape kits to help solve unsolved rape cases on the books.

In this second lampoon of Unterman with the help of the very funny Patton Oswalt, they eviscerate Unterman over her support of so-called “crisis pregnancy centers”. Unterman sponsored Senate Bill 308 which allows the state to funnel taxpayer-funded grants toward “pregnancy resource centers” to discourage women from getting abortions. Lawmakers set aside $2 million for the program, and an estimated 70 centers could qualify for the funds.

She begins the video with the line ““Woman, have you lost your F’ing mind?” “Much like Renee Unterman, crisis pregnancy centers may look sweet and helpful, but they’re really full of toxic Sh**.”

These fake medical clinics often don’t even have any medical staff. Their only purpose is to guilt women into deciding against having abortions. They make the women wait hours for a pregnancy test that takes a few minutes while they are forced to watch sermons. They are told lies that it will lead to breast cancer or won’t be able to have any more children. They are held in these “clinics” for hours thinking they are actually there to get an abortion while the staff do everything in their power to coerce them to have the child.

You can try to convince women to not have abortions if you really want, but not with my tax dollars, and not with lies. It should be illegal to willfully distribute inaccurate medical information, and it should definitely be illegal to masquerade as medical personnel. If you have to rely on manipulation and lies, maybe re-examine your ideological position.

Perhaps out of fear of receiving another national roasting, Unterman has now decided to at least begin discussing Medicaid expansion in Georgia. That is a big shift from most of the Georgia GOP who have been adamant they will never expand it in the state. Well technically speaking she still isn’t favor of an expansion but rather she thinks the state should look at negotiating a federal waiver, as other Republican-majority states have done, to tailor how any potential Medicaid expansion would work.

“We have to open that box and look just a little bit and see what’s available,” Unterman said. “Hopefully, if you draw down federal dollars, you can free up some of those state dollars. Right now, we’re just pumping out state dollars to stay in the midst of the crisis.”

Since 2013 four rural hospitals have closed in Georgia. Many more are struggling to keep their doors open. Georgians in rural areas often have to drive hours to find a hospital and in critical cases that means the difference between life and death. Can you imagine living in a town where the closest doctor is a ninety minute drive from your house? Many in Georgia are living like that right now.

The number of states that have refused to expand has been shrinking. Only 19 states now remain and in Georgia that means 400,000 people fall through the cracks and have no insurance. They make too much money for the pitifully low Medicaid requirements but don’t make enough to receive ACA subsidies under Obama care to afford private insurance.

Georgia’s hospitals and also its powerful association of doctors say the state should expand Medicaid to cover hundreds of thousands of people who won’t otherwise have health insurance.

There are no ifs, ands or buts about it. Medicaid expansion helps hospitals avoid bankruptcy by reducing the cost of uncompensated care. It is also designed solely to assist the working poor and not those evil “freeloaders” that the GOP love to vilify. Only those at 138% of the poverty level would qualify.

Yes, Georgia would need to cough up an additional $200 million a year to expand BUT that only works out to an additional 0.88 percent increase in the state budget for 2017 of $23.7B. For that $200 million investment it is estimated that many lives would be saved, the lifespan and the quality of life for working poor would be vastly improved, it would allow rural hospitals to continue to keep their doors open, and it would create thousands of new jobs with people paying taxes. But the biggest reason the GOP should reconsider it is is estimated to bring in $36 billion in direct federal funds to the state and have a cumulative impact of $72 billion on the economy over the next 10 years.

Georgia has one of the highest uninsured rates in the country.  In 2010, 27% of Georgia adults 18-64, and 52% of Georgia adults with incomes below 139% of the federal poverty level lacked health insurance. In 2010, care for the uninsured cost Georgia hospitals more than $1.3 billlion.  It’s estimated that insured families pay $1,000 a year in higher premiums to help cover these costs.

Georgia will get a tremendous return financially and morally  for its relatively small contribution. I’m glad to see that Renee Unterman who has been on the wrong side of so many issues like rape kits, medical cannabis, and taxpayer funded scam clinics is finally showing signs of having a brain. I still thinks she’s a horrible person and would be delighted to see her voted out of office, but if she can at least get the other stubborn GOP legislators in the state to at least start talking about the possibility  of looking at Medicaid expansion it is a step in the right direction for a change.

10 thoughts on “Has Renee Unterman turned over a new leaf with Medicaid expansion?”