Video of of Teens Rampaging Walmart Store in Macon, GA 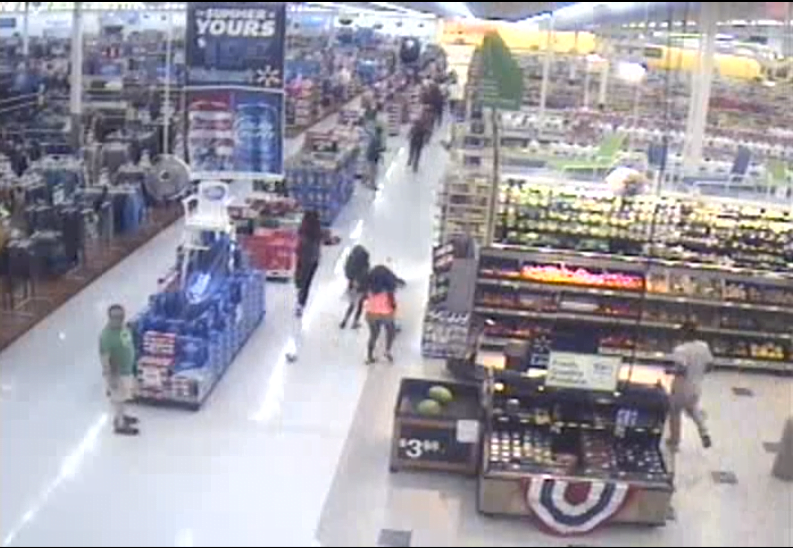 Authorities in Macon, Georgia say up to 50 teenagers bent on destruction raced into a Wal-Mart in Macon, smashing merchandise and causing an estimated $2,000 in damage.

Bibb County sheriff’s officials say some of the young people snatched a man from a motorized shopping cart and dragged him to the floor during the rampage around 2 a.m. Sunday.

Sheriff’s officials said one of the teens later told a Wal-Mart employee the goal was to see how much damage they could cause.

The Telegraph reports that the teens ran when deputies arrived, but a 17-year-old boy was arrested when he returned to the store to retrieve his cellphone.

2 thoughts on “Video of of Teens Rampaging Walmart Store in Macon, GA”