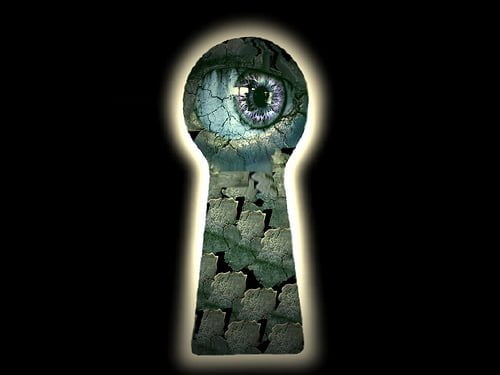 In my most recent article entitled “Are Georgia Sunshine Laws Under Assault” I attempted to provide a short guide on what the open meetings and open record sections of the law entails and make citizens aware of their rights. But, there is one section that many public officials, some of whom are even attorneys, really misunderstand. For that reason I wanted to do another article and discuss the so-called Executive Sessions which are behind closed doors and closed to the public. Many people think that these sessions happen in Las Vegas and what gets said in those sessions, stays in those sessions. Not true at all…..Surprised?

First, let me copy and paste the parts about Closed Meetings below for reference from my previous article.

An Exception: Closed Meetings or Sessions

If a governing body is dealing with one of these exemptions, then it must also vote to close the meeting by a majority of members present and record the reason for the closure in the minutes. A governing body must keep separate minutes for closed sessions. These minutes are not made available to the public, except those portions reflecting the vote and purpose for closure. The chairperson or presiding official must also execute and file with the official minutes of the meeting a notarized affidavit stating under oath that the subject matter of the meeting or closed session was devoted to matters within the exceptions provided by law and identifying the specific relevant exception. Ga. Code § 50-14-4.

Executive sessions do not trump 1st amendment rights. A leading attorney on this very issue named David Hudson was quoted as saying:

“From time to time, elected officials such as city council members, county commissioners, school board members or appointed members of the board of government authorities will receive advice (usually from a lawyer representing the public entity) that the public official may not disclose information learned in a closed session. Such advice has no basis in fact or in law.”

Hudson adds: “Elected officials are subject only to the voters.”

“Any regular committee meetings must be posted at least one week in advance and in a conspicuous place at the regular meeting place; whether it’s city hall, a county administrative building or board of education building.” Hudson wrote the GEORGIA SUNSHINE LAWS HANDBOOK.

Article I, Sec. II, Paragraph I of the Georgia Constitution. “It states: “Origin and foundation of government. All government, of right, originates with the people, is founded upon their will only, and is instituted solely for the good of the whole. Public officers are the trustees and servants of the people and are at all times amenable to them.

Now that is not to say that disclosing discussions held behind closed doors might not anger fellow members on a board or council who might have acted very inappropriately behind those closed doors. Perhaps they tried to leverage certain things as bargaining chips that were not in the best interest of the people they serve but instead are in the best interest of a rogue superintendent is just one hypothetical example that pops to mind.

Now I am fully aware that public officials have told citizens and reporters over and over again that they would love to tell us what was discussed but their hands are tied. In their defense, the city or county attorney probably told them that but I have been unable to find any evidence of that in any laws on the books in Georgia. If I am wrong, I will certainly retract this statement and edit the article to reflect that fact. But if it is there, it is well-hidden.

Now this I think is the bigger issue. Why is there ever a reason to hold any executive sessions at all?

“A public agency, such as the Clayton County Board of Education, is not required to meet in a closed session,” said David Hudson, an attorney considered an expert on the Open Meetings Act. “The specific text of the open meetings law at O.C.G.A. 50-14-3(b) states that ‘executive session shall be permitted for … ’ It does not say that executive sessions are required or mandatory.”

Jim Zachary, editor of the Henry Daily Herald and Clayton News Daily, and director of the recently-launched Transparency Project of Georgia, says: “There is a significant difference between being legally permitted to do something and being required. Every single time elected officials retreat to executive session, it is a choice they are making to conceal the public’s business. It is important they know that if even just one of them chooses to disclose what was talked about behind closed doors, they can do so without fear of violating any state law.” He continued: ” “These are extremely important legal perspectives. Citizens should continue to put pressure on local officials to stop doing public business in private.”

As a Side note I hope all public officials in Georgia that read this article, and especially those in my hometown of Macon, GA, will conduct their own due diligence. Start your research here Transparency Project of Georgia.

Ritter added that the meetings they have with their employees in executive session are not legal.

He also said government bodies are not entitled to close a meeting to hear evidence on a situation — receiving evidence in a closed meeting is illegal, and is therefore public.

There is more details available here about Executive Sessions in Georgia.

Now I understand there are indeed exceptions and occasions when private talks are warranted. These might include privacy issues when discussing a student or employee, real-estate deals where you do not want to give a bidder inside information for example.  But even then you are still allowed to reveal important information you feel the public has a right to know.

If I am wrong, I am man enough to admit it, so I challenge anyone to provide proof in the law that disputes what I have written here. I used sources from  the Transparency project, the assistant Attorney General of Georgia, and legal experts but I also read the laws myself and could find nothing at all to support the current atmosphere that treats these sessions as if they were engineers in a secret room at Apple working on the next iPhone or scientists at Area 51 dissecting an alien corpse. The business you are discussing behind those doors is the public’s business and we have a right to know and you have a duty to tell us what is being discussed.

“Never doubt that a small group of thoughtful, committed citizens can change the world; indeed, it’s the only thing that ever has. ” Margaret Meade

I challenge all elected officials of courage to start disclosing what rogue and unscrupulous elected members have been saying. If they get mad, then so be it. Perhaps now with the knowledge that those closed door meetings are no longer quite as secret as they thought, they will start behaving more appropriately when it comes to spending our tax dollars. Maybe they will behave as adults instead of spoiled brats looking for leverage to use against anyone that disagrees with them. I also strongly encourage all public officials to refuse to ever go into any executive session at all unless it is genuinely warranted and meets the necessary criteria. You are doing our business and we have every right to listen in on those discussions and stay informed which is impossible to do with so many backroom secrets. Don’t be afraid to vote against executive sessions when a vote is called.

I realize this might come as a bit of a shock to many of you that thought executive sessions were top secret and off-limits to any disclosure. It may even come as a shock to many elected officials that have desperately wanted to tell the public important details of these discussions but had been warned against by lawyers. It is time that the conspiracy of silence comes to an abrupt end in Georgia and only then can we begin to work our way out of 50th place in corruption.

“When there is not openness, corruption grows rapidly.” — Vernon Keenan, director of the Georgia Bureau of Investigation

One thought on “Public Officials Should Disclose Executive Session Discussions”