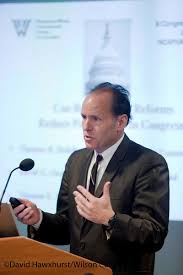 Homer Scarborough, an attorney with decades of experience, wrote an article in support of Mercer Law Professor David Oedel and I decided to add my own thoughts to this important conversation. This is a rebuttal to a hack piece at the Macon Telegraph that seems to have been written with the sole intention of inflaming the community and attacking the character of a law professor at Mercer University in Macon, GA.

Although I am reluctant to even link to this biased non-story, I felt it important to at least allow readers to judge for themselves so here it is. It is really much ado about nothing. Charles Richardson, the opinion editor of the Macon Telegraph famous for his hackneyed prose and incoherent ramblings, is no fan of David Oedel simply because Oedel refused to back down while he was was a columnist there. The sour grapes is over an extreme conflict of interest with Richardson in regards to the employment of his wife by the disgraced former Bibb county superintendent Dallemand who is now on the lam in Haiti.

Basically the crux of the story is Professor Oedel, a constitutional law professor, used the n-word in class by quoting someone in a lecture while discussing Supreme Court Justice Thurgood Marshall. A few thin-skinned divas complained and Cry ‘Havoc!’, and let slip the dogs of war. An escalation far beyond the bounds of absurdity, sanity or reasonable behavior one would expect from law students.

David Oedel is as far removed from being a racist as you can possibly be. The Telegraph article failed to mention Mr. Oedel worked for the Legal Defense Fund and Georgia Legal Services as counsel for a class of low-income African-American residents and disabled residents or served as an Executive Board Member of the NAACP in Macon, GA. (Page 17) The Telegraph also failed to mention that he has personally helped disadvantaged black people in town with numerous acts of charity and assistance including driving them to wait in line for heating assistance and many other acts of selfless kindness. Not for attention or praise but simply because that is the sort of person he is and doesn’t advertise these deeds.

The article by the Macon Telegraph never needed to be written as this was an internal matter of Mercer law school that happened a month ago and this poorly written hit piece seems to have an agenda behind it. I also noticed they failed to interview even one faculty member or student who offered a defense to Professor Oedel’s character or integrity or offer any alternative views. Why did they also wait a month after the incident to cover it?

The always entertaining Insane Elaine Lucas a county commissioner and former city councilwoman can get away with saying all manner of incendiary comments with nary a peep from the Telegraph. But suddenly a teaching point at a private law school is worthy of an article while mum is the word when it comes to Mrs. Lucas who referred to Macon as chocolate city and the vanilla need to get out of town if they don’t like it. Where was the Telegraph then with outrageous behavior that truly warranted an article since she is a public official unlike David Oedel? Hint: They were silent.

The fact that the use of this word or indeed ANY word in an academic setting for pedagogical reasons should ever cause any controversy at all speaks of many ultra-sensitive and thin-skinned weaklings who are ill-prepared for real world law practice or the real world at all.  I advise them to stay away from criminal law if the n-word causes them this much consternation. I shutter to think what havoc far more vitriolic comments might cause to their delicate equilibrium. While traveling in other countries I was constantly assaulted with racial epithets thrown at me and unlike David Oedel who meant no malice, those insults thrown at me were meant as epithets.

Distinguished Harvard legal scholar Randall Kennedy traces its origins, maps its multifarious connotations, and explores the controversies that rage around it.

I am even more disappointed with the Mercer administration that chose to fold like a bad poker hand rather than stand up for a professor who so clearly is not a racist and give him the benefit of the doubt. Perhaps they should also make sure all copies of Mark Twain’s Huck Finn are quickly burned as well as well as the thousands of law books in the library where this word is written. What would happen if one of these hypersensitive students accidentally saw it written in a law book in the library? They might have a feinting spell it seems.

Harvard law professor Randall Kennedy, who’s African-American, wrote in his 2002 book, Nigger: The strange Career of a Troublesome Word. Kennedy searched court cases in the LexisNexis database as of 2001 and found “kike” in 84 cases, “wetback” in 50, “gook” in 90, “honky” in 286—and “nigger” in 4,219. It seems Harvard Law school didn’t become among the best in the country by avoiding sensitive issues.

Within the framework of the text of Mark Twain, if you don’t understand how that word can be used, that it’s satire [in the case of Huck Finn] — if you don’t teach that, you’ve missed a teaching moment. The task of teachers is to prepare students to think so that when confronted with these words in in real life they can understand the context of the written or spoken word and act appropriately. What is the meaning of it in this text or what did that client mean? Students must be able to get inside the head of people very different from them and when you isolate and coddle them they can be like lambs to the slaughter. Thurgood Marshall was likely  called that word thousands of times and I wonder what he would think about people trying to teach about his life story by sanitizing the trials and tribulations he faced. By being scared to use this word in an academic setting Dean Floyd has caved to the politically correct nonsense which permeates society and prolongs mistrust among races and prevents an honest and open discussion about race.

We cannot avoid being hurt. Language hurts people but reality hurts people far more. Get over it.  If the n-word did not have meaning today we wouldn’t care that it was in [Huck Finn]. People sometimes think historical books cause repercussions which is why we must stop looking at history with 21st century sensibilities. If I talk to a school administrator who says, well, gee, this book is going to cause all kinds of trouble, I’m going to say, you’ve already got trouble. Censorship and quelling honest and open discussion is never the right choice and is both cowardly and a disservice to the students of Mercer.

Reasonable people should be appalled by the use of the word in contexts in which it is clearly intended to injure.  Reasonable people should also be more than occasionally troubled by its prevalence in everyday discourse and ambivalent about its widespread modern-day dispersal long after Thurgood Marshall died. But David Oedel had no intention to injure. Did he overestimate the maturity of the academic climate at Mercer? Probably. I seriously doubt had this lecture occurred at most other law schools outside the deep south if students would had so visceral an overreaction. He made a mistake and he has apologized and it should have ended then and there.

I hope Leonardo DiCaprio doesn’t ever decide to apply to Mercer Law school because thanks to his role in Django Unchained he would no doubt be an unwelcome pariah. I hope these students also do not watch the critically acclaimed film 12 Years a Slave or they would have a heart attack if the use of the word in an academic and pedagogical setting upset them to this degree.

I feel confident that many of the students and faculty who know Professor Oedel not to be a racist have not been given a chance to have their voices heard. I hope they will find the courage to do so.  I am confident that Thurgood Marshall would take the side of David Oedel in this debate and remind the students that a part of learning is being challenged and discussing difficult subject matter. Students looking for their pound of flesh or two seconds of righteous indignation have no business being lawyers and certainly are not the type of attorney I would ever want to hire to fight for me if something so clearly meant as a teaching point is warped into manufactured outrage. Save the fake outrage for juries where it might matter.

Neal A. Lester, dean of humanities and former chair of the English department at Arizona State University said: “Well, blacks can use it, but whites can’t.” That line of thinking doesn’t take us very far at all. What we are trying to do, at least the way I have conceptualized and practiced this discovery, is so much more. The class strives to teach us all manner of ways to talk about, think about and to understand ourselves, and each other, and why and how we fit in the rest of the world.”  I couldn’t agree more.

Perhaps they skipped the class that taught actus reus non facit reum nisi mens sit rea, which means “the act is not culpable unless the mind is guilty.