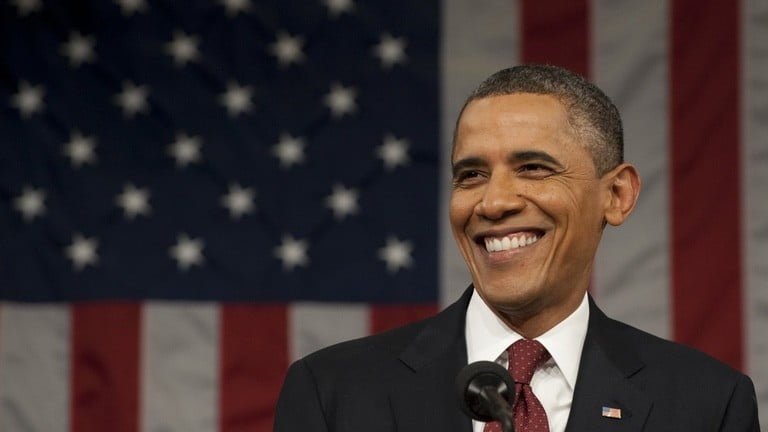 In the hundreds of comments I received under this recent article: Teacher Says Students Aren’t Christian if They Support Obama both on this website and also on Facebook, I was struck at how many people believe such obvious lies. Not only do they believe them, they want you to wear a tin-foil hat and believe them as well. In this short article, I want to try and clear the air on several mistruths and conspiracy theories.

“Everyone is entitled to his own opinion, but not to his own facts.”  Daniel Patrick Moynihan

So let’s look at a few facts and ignore chain emails, wild theories, opinions, and sophistry. Because once you look at facts and evidence alone all these conspiracy theories fall flat on their face.

He said we are no longer “just” a Christian nation, but a nation of many other faiths as well. A chain e-mail drops that key word and thus changes the meaning. Secondly he is correct. We aren’t just a Christian nation and atheists and other faiths must be treated as equals. Freedom of religion REQUIRES freedom from religion at public schools, courts, and other government agencies that must serve all people.

Factcheck is an independent source which completely shreds this lie that many Obama haters love to spread.

2) Obama is a Christian and not an Atheist or Muslim

It is sad that I even need to include this. But no, President Obama is not a secret atheist nor a Muslim. If he were he would be the worst Muslim in the world since he has broken all their rules. He also needs to get busy quick since he wasted his first six years at converting the U.S. into a caliphate. Time is running out for his secret plan if these conspiracies were true.

President Obama is a Christian! Deal with it

Obama on faith: The exclusive interview

Obama a Muslim? No he’s not. The evidence has not changed.

A few example of some of the false and crazy theories out there that people actually believe as fact that arrive by email or through social media: Obama is in cahoots with the Muslim Brotherhood, Obama has violated the Constitution, Obama hates America, Osama Bin Laden was never killed, Obamacare will help only “lazy” people, “illegal immigrants”.

All of those are lies and completely fabricated. Don’t believe any of them and stop emailing and posting this crap on Facebook unless you want to be viewed as mentally challenged.

This is one of my favorites because it is so easy to disprove. Many people have told me in person that Obama is out of control when it comes to issuing executive orders. They somehow think he has issued more than any other president. You can see all the executive orders at the American Presidency Website. So far Obama has issued 205. I will list the last few presidents for comparison.

5) Was Barack Obama Born in Kenya? No, he was born in Hawaii you idiot!

These particular conspiracy nutters had a nickname created just for them. They are called Birthers. There is no reason to even try and provide proof that Barrack Obama was born in Hawaii since these people would not believe it if someone invented a time machine and took them to the hospital on the day he was born and they were able to observe his birth as well as draw a blood sample to bring back to the present day to test the DNA. Birthers are irrational and probably “touched” in the head as we say in the South.

Are there any more conspiracy theories out there you would like me to add to this list? Please leave your thoughts in the comments. I know there are dozens more out there so which ones would you like to see added?

Many other crazy conspiracy theories have already been skillfully debunked at sites like obamaconspiracy.org What a shame so many people still believe such obvious horseshit as gospel. Obama Conspiracy Theories is a great place to view many other crazy theories torn apart and debunked.
Shop Amazon - Give the Gift of Amazon Prime

One thought on “Obama Conspiracy Theories and Other Lies Debunked”