Why Net Neutrality is Essential and Ted Cruz is an Idiot 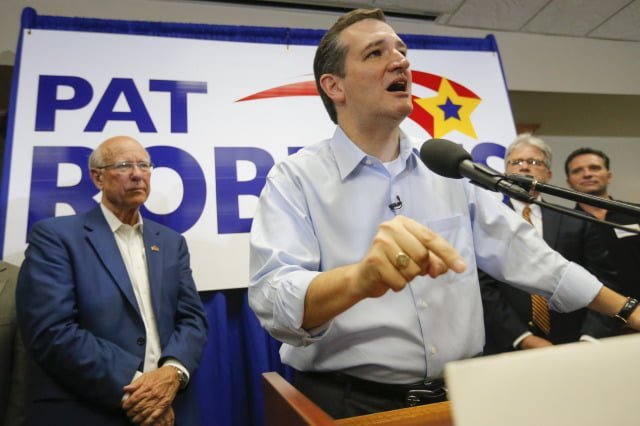 Net neutrality is the principle that Internet service providers and governments should treat all data on the Internet equally, not discriminating or charging differentially by user, content, site, platform, application, type of attached equipment, or mode of communication. The term was coined by Columbia University media law professor Tim Wu in 2003 as an extension of the longstanding concept of a common carrier. Proponents often see net neutrality as an important component of an open Internet, where policies such as equal treatment of data and open web standards allow those on the Internet to easily communicate and conduct business without interference from a third party. A “closed Internet” refers to the opposite situation, in which established corporations or governments favor certain uses. A closed Internet may have restricted access to necessary web standards, artificially degrade some services, or explicitly filter out content.

Today President Obama came out in support of net neutrality, asking the FCC to reclassify broadband as a public utility. This would help stop ISPs from creating “internet slow lanes” and throttling customers. Senator Ted Cruz—who accepted campaign funds from telco giant Comcast—immediately fired back with this incendiary tweet:

"Net Neutrality" is Obamacare for the Internet; the Internet should not operate at the speed of government.

Cruz compared net neutrality to Obamacare, which is the most insulting parallel a conservative Senator can make. At this point, it’s half-buzzword, half-slur, and 100% cynical.

Cruz’s communications director got in on the action, too:

Ted Cruz and his team have the facts wrong about net neutrality. Obama specifically said the government would NOT be in charge of pricing: “I believe the FCC should reclassify consumer broadband service under Title II of the Telecommunications Act — while at the same time forbearing from rate regulation and other provisions less relevant to broadband services.”

Obama is not saying the government should wrest control from private companies and start administering the Internet itself. He is trying to keep the Internet as an equalizer. There is no need for political polarization here.

Unfortunately, Cruz isn’t the only person trying to characterize a push to protect consumers as a socialist nightmare. Broadband for America had this to say:

“President Barack Obama’s endorsement of 1930’s era Title II classification would lead to unprecedented government interference in the Internet and would hurt consumers and innovation. Further, for the President to issue this directive is a threat to the independence of the FCC itself. By vastly expanding the regulatory bureaucracy over the internet, the administration is turning its back on 20 years of bipartisan consensus that has allowed the Internet to flourish. The President’s approach would threaten millions of jobs and a diverse array of stakeholders including, labor, civil-rights organization, and tech companies, who have long advocated for a far more restrained approach.

The characterization that reclassifying the internet as a utility will hamper innovation and introduce a byzantine influx of administrative red tape is wrong, and it obscures the actual issue at hand here: Net neutrality is what is best for consumers. It will not choke off chances for innovation; it will ensure that innovators from across the socioeconomic spectrum will have a more level playing field when it comes to receiving information.

ISPs are moving away from net neutrality in their attempts to throttle and lay out premium traffic lanes. The government will not determine the speed of the internet, it will simply stop ISPs from slowing service down. Obama is asking private companies to treat their customers fairly; there is no part of his plan that involves the government seizing control of providers.

Freedom is a word that gets thrown around a lot in politics. Conservatives believe big government curtails freedoms. This can happen, and it is important to interrogate when and why the government creates and enforces new legislation. If the FCC authorizes the Internet fast lane rules, the government will be stifling innovation and hurting its citizens. But the government is not the only force that can constrict freedom.

Corporations can be just as tyrannical as corrupt federal administrations, and we have been in danger of ISPs controlling and corroding the flow of information through the internet in a way that would be detrimental to everybody. This is not a case of government of governmental overreach. This is a case of the government attempting to preserve an endangered freedom and acknowledge what we know to be true. The internet is now just as an essential utility as the telephone.

The only thing the only thing net neutrality would slow down is the speed at which you’re getting screwed, and that’s something everyone in Congress should agree on. Prices for broadband internet and TV packages have risen at far higher rates than practically everything else in the economy with the possible exception of healthcare. Until and unless we see more broadband competition that may arise from power companies, wireless, or something else don’t expect those ridiculously high rates we pay to slow down anytime soon.

This is an insanely cynical tactic that should worry all citizens regardless of your political leanings, and it’s coming from a powerful member of the GOP in the Senate and a potential presidential candidate for 2016. Republicans just took over Congress and hold the keys to policymaking for at least the next two years. If the best they can continue to come up with is repeating “Obama is bad!” the internet is in serious trouble.

Net neutrality is obviously nothing like Obamacare, but Cruz and his colleagues have already demonstrated they either don’t understand what internet freedom means or they’re willing to spread mendacious propaganda to help their friends at Verizon, Comcast, and other monopolistic ISPs.

If Cruz’s comments today are a sneak peek at Republican opposition to net neutrality for the next two years, we’ll be in for a rough ride. You can expect your internet to be slower and more expensive if Ted Cruz wins this fight. Americans may be apathetic about going to the polls, but be careful not to awaken a sleeping dragon, specially if that dragon buffers while watching Game of Thrones on HBO GO due to changes in net neutrality that Cruz is seeking.