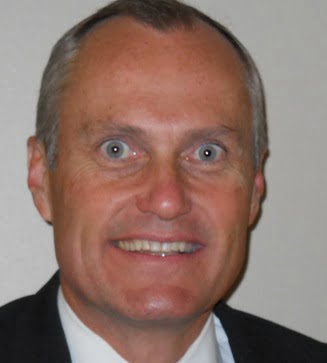 Casey Cagle likes to promote himself as an ethical family man with conservative values. But so did the disgraced former Governor of Alabama Robert Bentley and Senate candidate Roy Moore and we all know what happened to those two men.

This is not the first time I have covered Cagle. In a previous  article entitled Casey “Crazy Eyes” Cagle Out to Ravage Georgia Medical Marijuana and Beer Bills . A quick look at most photos taken of Cagle explains why I chose the moniker “crazy eyes” .That article was written three years ago and skip ahead to 2018 and this moron is currently leading the pack of a very underwhelming pack of GOP candidates and could very well become our next Governor if voters don’t wake up soon. That should scare the hell out of any sensible level-headed Georgia voter regardless of your political affiliation.

What is well known among the rumor mills at the Gold Dome however may not be as widely known among the voters of Georgia. These rumors of him being unethical, an adulterer, and a corrupt bully go back many years. Just ask Representative David Clark about Cagle’s tactics of bullying other politicians just a few days ago.

Cagle in fact is despised my many Georgia Republicans for a variety of reasons. If you do a very quick web search about Cagle you are likely to stumble across this article called The Real Casey Cagle where the author goes into great detail about an alleged affair Cagle had with Elizabeth Dewberry. Here is a snippet but click the link for allegations of other sordid trysts.

“Cagle has had a long standing affair with Elizabeth Dewberry.  The couple met on the campaign trail when she was his campaign manager.  After he won, she continued closely working with Cagle in his office until August 2008.  Her departure from Cagle’s staff had to do with the fact that this couple was caught in the act at the Capitol in Cagle’s office by a secretary, Laurie Sparks.  Dewberry claimed she was “tying Casey’s shoes” under his desk.  A report was filed with the, then Chairman of the Ethics committee, by the secretary.  The Chairman at the time was Eric Johnson.  Eric Johnson held onto the complaint without making Cagle go before the committee.  Cagle had already announced his bid for Governor and was considered the front runner with over a million dollars in the bank.  Then, to everyone’s surprise, Cagle announces he is dropping out of the race in August 2009 because of a severe degenerative spinal disorder which would leave him unable to campaign for Governor as it is a statewide race and he will be recovering.  Nevermind that the Lt. Governor’s office is a statewide race too.  Eric Johnson, within days after Cagle drops out of the race, announces his bid for Governor.  Cagle’s spinal injury cleared up sure enough so that he could run the 2010 Peachtree Road Race and his statewide campaign.  As for Dewberry, Cagle landed her a job at Children’s Healthcare of Atlanta to stop the hemorrhage of stories surfacing about the couple.  The secretary still works at the Capitol and is rumored to fear retribution from Cagle if she speaks out, which of course would be completely illegal for Cagle or his staff to do, but not beneath them for sure. “

To be sure Cagle has made a lot of Republican enemies over the years. Erick Erickson of Red State fame wrote an article called  When Breaking Out The Guillotine, It Is Best To Chop Off All Heads At Once. The Costs Of Cleanup Are Cheaper This article looked at a lot of failings in the GOP that Erickson noticed back in 2009.

A Lt. Governor caught with his pants down, a Speaker of the House who tried to commit suicide, and a host of potential leaders waiting in the wings all with adultery problems — the GOP deserves destruction in Georgia if it does not clean its own house immediately.

The article isn’t exclusively about Cagle’s trysts, but there is a long section devoted to Cagle later down the article.

In the Lieutenant Governor’s Chair sits Casey Cagle, the man who destroyed Ralph Reed’s chances of ever getting into elected office. Cagle intended to run for Governor of Georgia this year, but due to “back surgery” he felt would make running for statewide office too burdensome, he decided to seek re-election as Lt. Governor — also a statewide office.Rumors have long circulated that Cagle has a philandering problem too. This is the point where we get into wink-wink-nod-nod territory as there have been long, assorted, and firm denials (puns kind of intended), but pretty much anyone you talk to treats the stories as fact.Basically, the main story goes (and this story is not new), after Cagle got elected Lt. Governor and before he actually took the office, a secretary whose name many of us know walked into his office looking for him and found him standing receiving . . . well . . . let’s call it a Lewinsky . . . from a lady not his wife who shortly thereafter allegedly parted ways with Cagle’s campaign wherein she had been employed.And that’s not the only rumor about the Lt. Governor and not the only woman allegedly connected to the Lt. Governor. The latest story, recounted nearly identically to me by a couple of people, circulating about the Lt. Governor involves earrings that went missing in his vehicle — he wanted someone’s head for the supposed theft until it was politely pointed out that the incident would create a record and Mrs. Cagle might wonder exactly which pair of her earrings had gone missing.

I make no pretense of knowing if anything written by Ericsson is true or not. What I can say with absolute certainly is these rumors have been circulating for many years and those politicians and staffers in Atlanta that spread them believe them to be true.

Even if you ignore his alleged philandering over the years, look at his actions and views on issues recently and these alone should disqualify him as our next Governor. In early 2015, Cagle’s position was called into question regarding his stance on Senate Bill 63, the “Beer Jobs Bill”. As published by conservative blogger Eric Erickson on February 25, 2015, Cagle had taken $130,756.57 in campaign contributions from the alcoholic beverage industry. Cagle’s position regarding his unbiased approach towards a bill that would allow breweries to sell a limited volume of beer directly from the brewery was called into question due to this connections with beer wholesalers.

Casey Cagle along with his infamous ally Renee Unterman, who was excoriated on national TV by Full Frontal, have fought against examining rape kits, medical marijuana, healthcare for the poor, public education, and the beer bill to name but a few.

Luckily there was a happy ending to this story no thanks to Casey Cagle or Renee Unterman.

We must not forget the huge NRA flap with Delta Airlines a short while ago. Lt. Gov. Casey Cagle tweeted that he would “kill any tax legislation that benefits @Delta unless the company changes its position and fully reinstates its position with @NRA. Corporations cannot attack conservatives and expect us not to fight back.”

The reaction on social media was swift and almost entirely anti-Cagle.

The threat itself was an abuse of power. State officials should never threaten any Americans for their political viewpoints or attempt to coerce them into associating with a specific lobbying group.

A Democrat candidate for Governor Stacey Evans agreed and filed a complaint with the Attorney General’s office.

As Charles Cooke of National Review wrote, “This is a bad idea. Delta and the NRA are both private organizations; the state should not be taking sides on the basis of elected officials’ opinions about their private arrangements. This is viewpoint discrimination.”

I would love to say that at least one other GOP candidate had the good sense to see reason and speak up against this insanity but sadly they all agreed with Cagle and his his idiocy.

Cagle is also a named defendant in a whistleblower lawsuit over the Georgia Department of Education allowing a legislator turned lobbyist to write the policies over how Title I funds can be used. Title I dollars are supposed to be managed by the state in order to support schools with large populations of low income students. However, one DOE employee has stepped forward claiming that Cagle and other leaders within her department put pressure on her to allow that lobbyist to draft new policies. That legislator turned lobbyist is Cagle’s former colleague Dan Weber, who he worked with to pass the 2007 charter school legislation.

Cagle also loves to live the good life on the taxpayer dime. In the last five years, Casey Cagle has taken more 200 separate flights at a cost of $250,000 to the taxpayers. Many of these trips were essentially shuttling him around the state — sometimes multiple trips in a single day — with 37 of those trips originating in Cagle’s hometown of Gainesville. He racked up a bill of a quarter of a million dollars just to avoid traffic. Since when are public servants supposed to treat chartered flights like a taxi service, and at the taxpayer’s expense?

Is this really the best the GOP can do? In the latest straw poll Cagle is leading the pack at over 40%. The primary will likely result in a runoff from the top two finishers which at the moment is Casey Cagle and Brian Kemp who has his own issues.

Wake up Georgia! You are dangerously close to electing a reprehensible and completely unqualified man to the highest office in the state who bases all his decisions on input from lobbyists and polls. He is no leader. Clay Tippins is perhaps the most sensible Republican alternative at the moment from a pack of uninspiring choices.

2 thoughts on “Could Casey Cagle be Georgia’s Robert Bentley?”