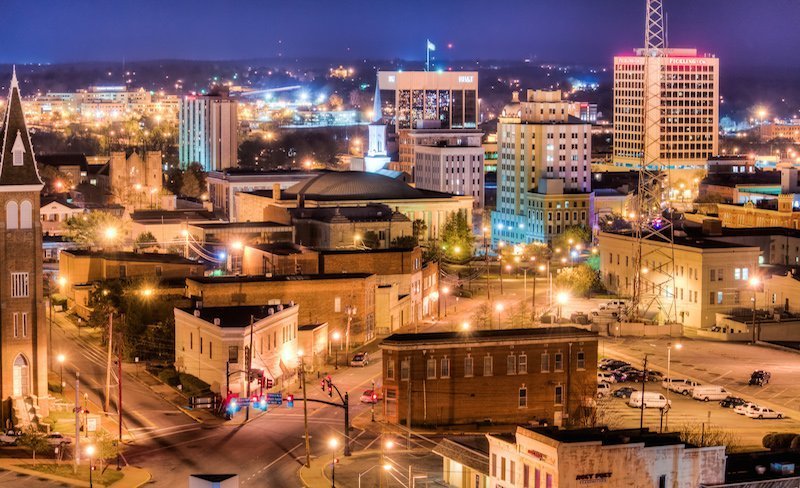 I am not sure if you could truly ever describe Macon as a great city, but most long timers here would agree it has seen much better days in the past. There is a sense that some positive changes are underway, and I truly hope the gloom and doom of the last few decades is at an end and better days are ahead.

Towards that end I decided to publish and article and I need your help for more ideas! I will keep my own personal suggestions relatively short, but I have a favor to ask each and everyone of you who has ideas on how to improve Macon-Bibb in the years ahead. All you need to do is publish your thoughts in the comments below this article and I will select ones that I think have real merit and add them to the article. You can choose to include your name or remain anonymous. Let’s not make this just a bitchfest either, it’s fine to cite problems but try and include solutions in your critiques.

Baseball – Macon doesn’t need nor can it afford a new baseball stadium.  Build it and they WON’T come  A new baseball team would fail just as all the ones before it have failed. The internet and smart phones and the proximity to Atlanta not to mention so many other entertainment options means very few will attend a baseball stadium in very hot and humid Macon weather. Just let this idea go Mayor Reichert. There are far better ways to spend money than on a sport in decline in a city not interested in supporting a team.

Cronyism with appointed official– It’s time for some fresh faces on agencies like the Industrial Authority and other offices where people are appointed and not elected. You have a large untapped talent pool of citizens with international experience, who speak foreign languages and understand foreign culture that could attract those companies but instead choose to play musical chairs among the various appointments. Isn’t the definition of insanity repeating the same experiment over and over and expecting different results? Tap into some new blood and send the cronies who earn all their income off of taxpayers and city contracts off to pasture. Expand your social contacts beyond the small clique who have continued to disappoint Mayor Reichert.

Education –  Currently, 44% of Georgia’s newly hired teachers are dropping out of the profession by year five. This isn’t just happening in Bibb but across the state and nation.  This is perhaps the biggest and most complicated challenge to solve but we need a new playbook in Bibb and fast. Dallemand was a disaster but now he’s gone. There have been some modest improvements, but much remains to be done especially with discipline and the low morale due to so many extra non-teaching duties piled on them, low pay, and feeling abandoned and forgotten. Real improvements don’t start from the top, they start with getting the input and feedback from the classroom teacher who knows better than anyone else what needs to be fixed and having them support any changes. I strongly suggest anyone interested in learning more read this brilliant article by a Georgia teacher and also read the comments below the article to understand the first priority to fixing our schools. Hint: It’s not programs like Avid, Ruby Paine seminars, the latest Professional Learning fads, or any other private vampire entities sucking millions from poor school districts promising quick fixes! Ask the teachers directly and give them what they need!

Blight – Finally this issue is on the radar and their seems to be a real effort to help clean up the blight. But unfortunately there seems to be an ever increasing amount of new blight to replace any that has been cleared or repurposed. I don’t have any quick fixes, but perhaps there is a faster way to track down the people who own the deed to the properties and levy stiffer fines.

Planning and Zoning – Macon ranks as #5184 in the state of Georgia on livability index Perhaps part of the reason is Macon has been so desperate to attract any business at all they make concessions that more livable and prosperous cities would never grant. Our self-esteem as a city was so low that we became a dumping ground and decided not to have any sort of codes or long-term planning. Macon needs a 20 year strategic plan that includes community input and we need it yesterday. It needs to include neighborhood revitalization, dedicated green spaces, protect neighborhoods from commercial creep.

Ugly Signs – Thanks to a dedicated group of concerned citizens called Designing Macon  they have brought my attention to all the ugly, illegal, and dangerous signs posted by both politicians and businesses. I strongly encourage anyone interested in cleaning up Macon to join their Facebook group and assist them by taking photos and reporting illegal signs to See-Click-Fix

Crime – Crime also ties in with education. With so many dropouts you inevitably will have a large number of unemployed young people who are prime targets for gang recruitment, drugs, and crime.  I wore an article detailing some ideas for better community policing based on Kobans in Japan that I still feel has real merit. There is no easy or quick fix to reducing crime, but we need to start thinking outside the box for ways to start addressing the cause and not just treating symptoms if we ever hope to make any real progress. Until our crime rate is drastically improved any short-term advances will stall as companies fear moving into Macon.

Those are just a few off the top of my head. Do you have additional ideas? Try and keep them around a paragraph and feel free to link articles.

Rally against Sam Olens on November 1st at KSU